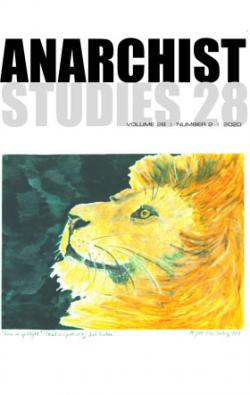 Predatory neoliberal global capitalism over the past several decades has catalyzed a resurgence of global anarchism and oppositional indigenous social movements in Latin America. In addition to the privatization of public space and subversion of the commons, states in the region have accelerated extractive strategies of development that directly threaten ecological systems and indigenous survival, generating, in an effort to gain access to global markets, pauperization, forced migration, and growing tides of protest led by diverse sectors of society. The commodification of indigeneity, far from subsiding even under nominally progressive governments, intensified with the rise of tourism as a key driver of economic development. At the same time, there have been signs of a growing convergence of anarchist groups with indigenous struggles, notably in southeastern Mexico where the Zapatista National Liberation Front implemented original forms of horizontal governance based in communal traditions and radical strategies of grass-roots empowerment. In Chile, the Solidarity Libertarian Communist Federation supported Mapuche struggles in Araucania, in Argentina mass mobilizations were organized to repudiate government repression of indigenous movements in Patagonia, and in Bolivia a variety of anarchist-inspired collectives emerged, such as the anarcho-feminist movement Mujeres Creando.

Observers of these movements, and their protagonists, acknowledge both affinities and tensions between anarchist practices and indigenous protest. Affinities include the growing interest in decolonial perspectives, the growth of anti-racism, popular support for protests against extractivism, and the highlighting of struggles for indigenous autonomy, self-governance, rights to land and resources. Tensions with roots in historical experiences exist regarding notions of national sovereignty, constitutionalism; social hierarchy and heteropatriarchy. Adam J. Barker, for example, has noted that contemporary indigenous movements view anarchists as tainted by a settler identity that understates the importance of indigenous rights to land and place/territories [i]. In Mexico, Guadalupe Rivera, founder of the Ediciones La Social, wrote a book denouncing Eurocentric interventions and the appropriation of indigenous movements by the anarchists alongside whom she had worked. In contemporary times as in the past, however, as Kahala Johnson and Kathy Ferguson point out, anarchism and indigeneity both persistently challenge hegemonic state narratives and systems of domination [ii].

Scholars have noted that, historically, anarchists have been at the forefront of struggles against racism and imperialism, not only in core capitalist societies, but also in the colonial and post-colonial world. In Latin America, it is fashionable to question that inheritance, on the assumption that early anarchist movements, spearheaded by European immigrants, embraced paradigms of class and universalism that blinded them to local realities. Furthermore, Latin American Studies scholarship tends to separate the study of anarchism and indigenous movements. Anarchism, a movement engaged with organized labor and influential in urban localities and with transnational convergences, is thought to have had little presence among rural communities. Indigeneity and indigenous movements, when they are studied by historians, are often approached as primarily “ethnic” and, insofar as they appear in anarchist (or socialist) discourse, assumed to be the receptors, rather than creators, of emancipatory concepts in the anti-capitalist tradition.

This special issue of Anarchist Studies analyzes the historical relationship between anarchist and indigenous movements in the 20th century, in three contexts – Bolivia, Peru and Guatemala – where indigenous peoples and their descendants are a majority of the population. The Andean region was the center of colonial history in Spanish America on the southern continent, and anti-colonial, anti-imperialism movements in Bolivia and Peru have long overlapped. We examine the local, regional, national and transnational histories of anarchism and its intersection with indigenous communities, both rural and urban. Steve Hirsch weaves affinities between anarchist and indigenous workers, peasants and communities into a layered regional analysis of Peru, underscoring their convergences on anti-colonialism, anti-racism, anti-statism and anti-capitalism. He argues that a cross-fertilization of ideas, interpersonal relationships, solidarity movements, and joint participation in emancipatory struggles characterized the relationship between them, in which issues such as the defense of indigenous lands, resources and communities, their autonomy and self-governance, weighed prominently. Geoffroy de Laforcade takes the perspective of intellectual history to examine how Bolivian anarchist scholar and feminist Silvia Rivera Cusicanqui interpreted and promoted the study of anarchist and indigenous convergences, producing an original and influential reinterpretation of both since her early years as a university professor in the 1960s and 1970s. Omar Lucas Monteflores explores the difficulties faced by Guatemalan anarchists, who were influential in the Central American region, in allying with Mayan movements in practice and in theory, in an essay that provides a counterpoint to the successes of anarchists in the Aymara and Quechua-speaking regions of the Andes. Together, these essays provide a narrative into the evolution of Latin American anarchists in their approach to the practical emancipation of the societies in which they lived and struggled, their appreciation of indigeneity and efforts to approach intercultural organization and protest in original, non-authoritarian ways.

[i] Adam J. Barker, “Radicalizing Relationships To and Through Shared Geographies: Why Anarchists need to Understand Indigenous Connections to Land and Place,” Antipode, 44:5, November 2012, 1705-1725.