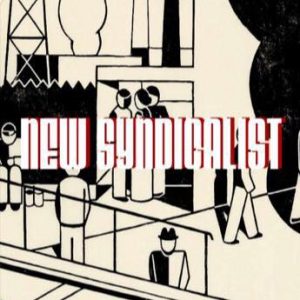 is a source of worker-led, anti-capitalist theory and strategy founded by members of the Industrial Workers of the World in the UK. The New Syndicalist Editorial Team visited Loughborough University to give a talk titled “New Media for a New Workers’ Movement: Syndicalism for the 21st Century” [listen in here]. Shane Little took the opportunity to find out more about the project.

Shane Little: What is the New Syndicalist and what is the aim of the project?

New Syndicalist: New Syndicalist is a media project for trade union activists and organisers. We aim to publish content that allows trade unionists to think about the activity they are engaged in and learn lessons from others. We hope that the media we produce plays a transformative role in making organising more accessible, practical and effective for our audience.

SL: You mention that New Syndicalist is “unashamedly inspired by Recomposition, Life-Long Wobbly and Kämpa tillsammans!” What is it about these projects that you found important and why did you feel such a project was needed in the UK?

NS: Recomposition was a really important resource to many of us when we were starting to organise campaigns with the Industrial Workers of the World in the UK. Many of us had never really had any trade union experience before and we were recruiting in workplaces that often had no union presence. Articles and reflective pieces from organisers of the Starbucks Workers Union, as well as other campaigns in the US around this period, were incredibly influential. It felt like these writers were just like us – in a hostile environment, finding their feet and trying to work out the practical steps that brought us closer to the lofty goals of our union. Accordingly, as we began to step up our organising here, we felt we needed our own space, focused on the UK experience, that would allow us to think through our choices, successes and failures, and hopefully help others, just like Recomposition had helped us.

SL: How would you map contemporary syndicalism in the UK, and would you say there has been a growth in its importance? If so, why?

NS: Syndicalism or base unionism is still a very small, informal organisational presence compared with the wider trade union movement in the UK, and also compared with other European countries. However, its influence is growing. You can see this increasingly within many TUC unions who are seeking to replicate the efficiency and impact of syndicalist courier organising and campaigns in fast food – both of which punched significantly above their weight when looking comparatively at the resources of the mainstream unions. There has also been a growth in the influence of lay or volunteer-led models of organising (as opposed to just service models of trade unions) within the TUC, something which is a central feature of all syndicalist/base unions.

IWW, IWGB and UVW all have young, healthy and growing memberships which contrasts with the wider pattern of declining and aging membership of mainstream unions. This probably has to be situated in wider political trends emerging from the financial crisis of 2008, however on a simple and practical basis I’d say the key driving force behind the health of these movements is that they are picking fights and winning them. That drive, energy and enthusiasm is inspiring and, hopefully, is serving as a good example to workers everywhere of what fighting unions can achieve. 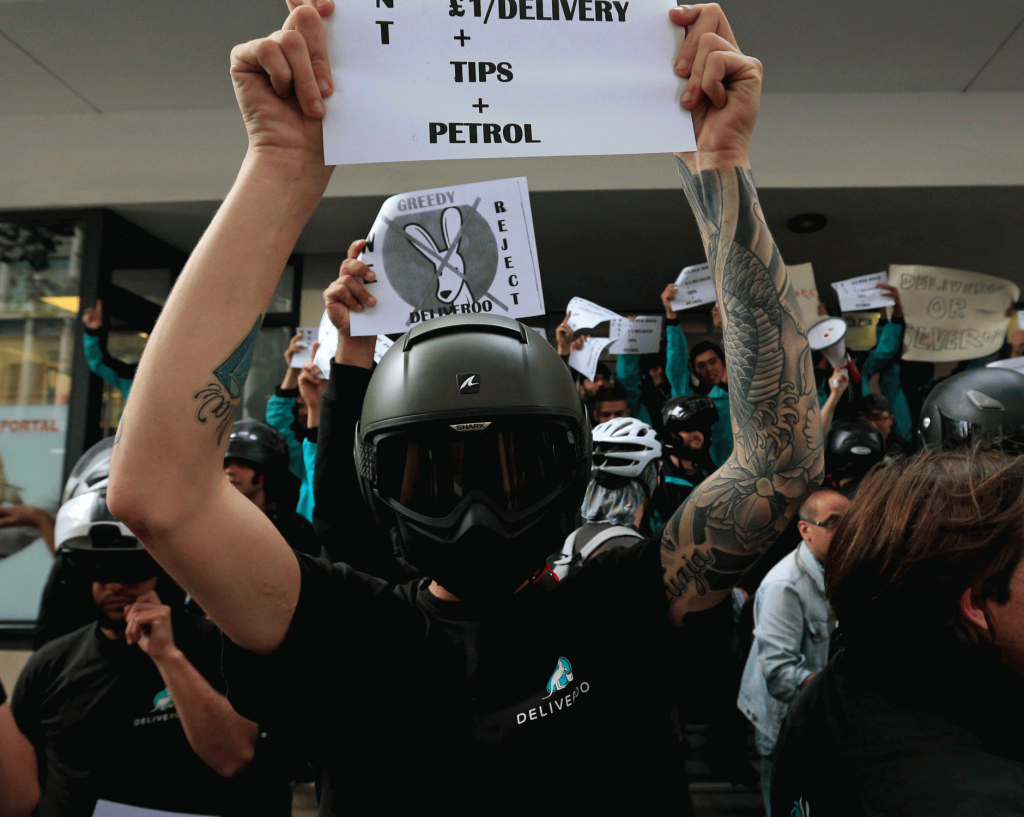 NS: Our editorial process is both collective and democratic – qualities we’d like to see replicated in the wider trade union movement. Typically, writers will approach us with an idea as a first stage and we will advise them whether it’s suitable for the blog. We don’t publish sectarian attacks on individuals or groups, news and bulletin style pieces or overly academic pieces that don’t serve to inform practical concerns within organising. We have several existing series that we sometimes recommend writers to use. Like, for example, “What does a Union Mean to You?” which challenges contributors, from a diverse range of jobs, to think through examples of solidarity and support existing in their workplaces. We’ve had several interesting contributions under this title, including a sex worker who shared the challenges of dealing with the time spent waiting for, or finding work (something I’m sure many other types of workers can sympathise with), and the networks that they and their fellow sex workers use to keep safe.

When pieces are submitted, we discuss them as a collective. Most are pretty uncontroversial but on occasion we have had to take a vote on a submission, and we have rejected some content on the basis of it not fully meeting the broader goals of the project.

SL: Regarding strategy and organisation, do you think contemporary syndicalism has any unique characteristics that differentiates it from past expressions of syndicalism?

NS: Syndicalism has historically been very adaptable to changes in working life. The organisations we tend to refer to as the “historic” syndicalist unions – the Industrial Workers of the World, CNT, FAU, CGT etc. (although in reality none really disappeared and, therefore, shouldn’t just be seen as organisations of the past) – were at the forefront of changes to capitalism in the early twentieth century. As capitalism became more technologically advanced, more reliant on assembly lines of “mass workers” and as its workforce became increasingly global, it was these unions who argued for a holistic, industrial model of unionism with the aim of capturing these great new productive powers within industry for the benefit of all. This was while many of the craft unions saw these changes as only a threat to be fought against and were excluding these new types of workers as competition to the skilled labourers that were their traditional constituency. When I look at the way modern base unions have stepped up to organise fast food chains, the service sector and new work in the gig economy I just see a repetition of the same sort of patterns and the same forward-thinking attitude.

SL: Do you see a link between the growth of syndicalist style unions and a change in class composition in the UK?

NS: A lot of the syndicalist unions within London are organised around migrant labourers within the city. However migrant labour is nothing particularly new, in the UK or in the trade union movement, so I don’t think it makes sense to make too much of these compositional qualities. I think certainly a “space” has been opened for syndicalist unions to thrive and grow for workers who have been abandoned, ignored or betrayed by the mainstream trade unions. Likewise, there are many workplaces that are simply seen as too high cost – in terms of time, resources and money – for TUC organisers. Yet these are the workplaces, like bars and restaurants, social care, call centres, agency work, gig economy, etc. where an increasingly large number of precarious and poorly paid workers find themselves.

SL: What is your relationship with similar projects and unions in the UK, and do you see much collaboration between the different syndicalist projects?

NS: We like to encourage a supportive and friendly relationship with all similarly minded projects and unions in the UK. We are a relatively small and young movement and we ultimately will do better working to help and amplify each other.

SL: What do you think syndicalism’s potential is in the UK and what role do you hope New Syndicalist will have going forward?

NS: That’s a tricky question to answer. We would, of course, like our project to play a transformative role in the activity of workers, trade union activists and organisers. Anecdotally we have been told that members have been brought into syndicalist projects based on the content of our blog and have read and referred to our content in trainings and campaigns. That’s nice to hear! However, it’s important to practice some caution when getting out the crystal ball and speculating on our future as a project and what influence we might have. An early IWW organiser, “Big Bill” Haywood, preached a more modest understanding of union activity that its maybe useful to refer to here. He used to sign off every letter with the phrase, “help the work along”. I think that’s a beautiful sentiment. Every member doing their little bit, in their own way, in the service of a much greater cause. So perhaps we shall just say that. If New Syndicalist can simply “help the work along” we will be happy. 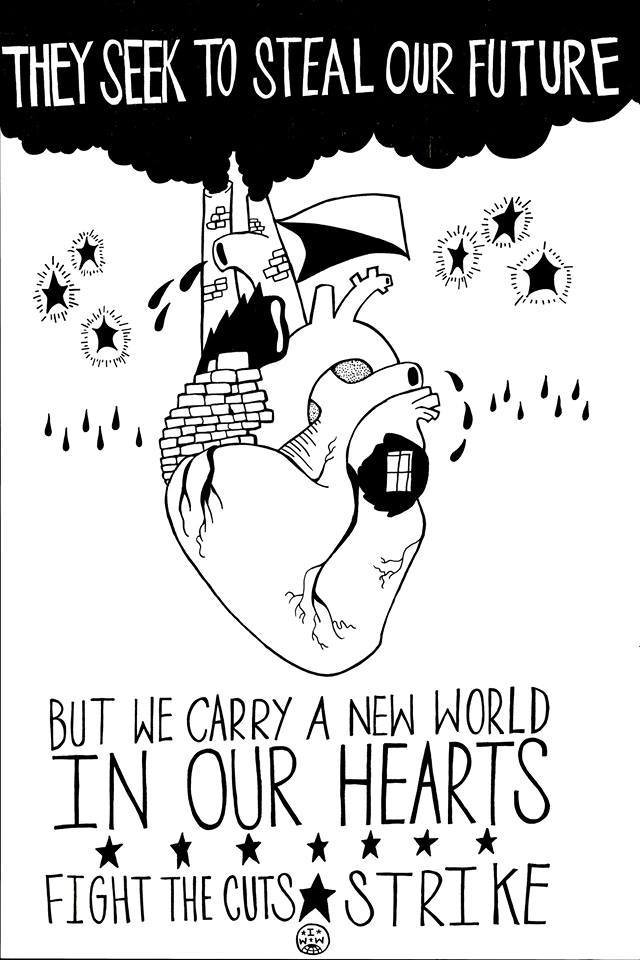