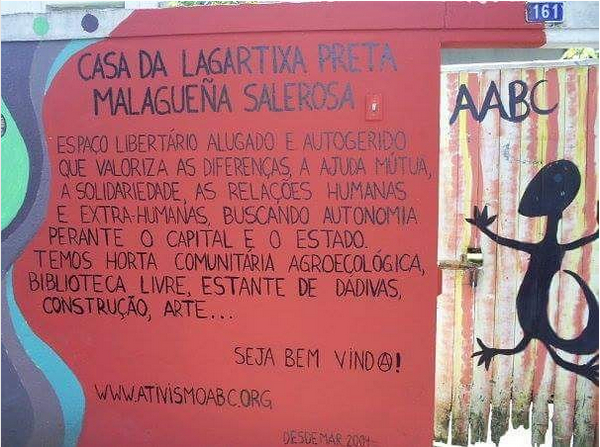 The Great ABC industrial area (part of the Great São Paulo metropolitan area, State of São Paulo, Brazil) is the birthplace for left-wing movements that, during the 1980s, gave rise to the figure of Luís Inácio Lula da Silva, who was, two decades later in 2002, elected to the Brazilian presidency. A few years before Lula’s first presidential election, the radical left was regrouping within alter-globalization organizations, with punks, university students, teachers, non-partisan socialists, the street kids’ movement and black people’s movements. One of the groups born then was Ativismo ABC, created mainly by white working class and middle class people, congregating anarchists and other socialists whose plurality of tendencies was based on Peoples Global Action’s principles. We kept an anti-government position after Lula’s election, while street protests dissipated, which took us from an early urge for street demonstrations to the need for local practices and the creation of an anarchist social center, Casa da Lagartixa Preta “Malagueña Salerosa” (the House of the Black Gecko). 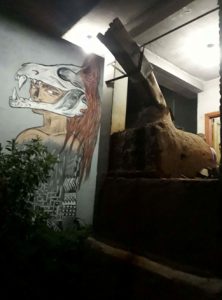 Now our house is fourteen years old, having lived an ever changing history of collective self-management, mutual aid, solidarity, free education, permaculture, agroecology, anti-capitalism and fighting against oppression and domination, in search of equitable participation and positive appreciation of differences. The house promotes mutual aid and is open to other people and affinity groups. We take part in anarchists’ and popular organizations’ networks, locally and world-wide. We have a community library, a community crop-garden (our “micro-agroforest”), free gift shelves, a free organic seed bank, rainwater harvesting, movie sessions, debates, collective bike fixing and other ventures. Last year we offered an experimental free monthly course on anarchism and intersectionality, approaching general themes (Organization, Body, Mutual Aid, Ecology, Colonization, Self-Defense, Alternative Economy) which we consider as being crosscut by race, class, gender and other issues, in order to make our organizing more inclusive for unprivileged people. 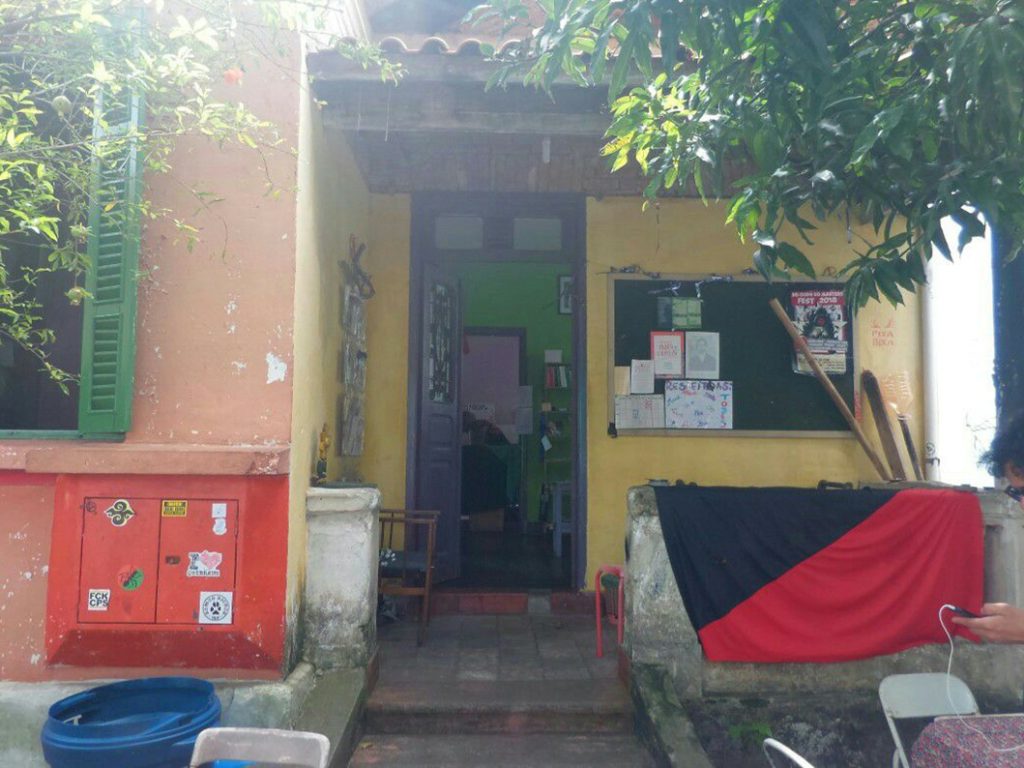 Our house is a rented space, so we have a monthly vegan pizza night (“the cheapest all-you-can-eat vegan pizza in Brazil”) to pay the rent and other bills – we also sell fanzines, t-shirts and books given to us by friends and anarchist organizations (Editora Deriva, Centro de Cultura Social de São Paulo, Biblioteca Terra Livre, Biblioteca Carlo Aldegheri and others). Finances have been in trouble since a major political-economic crisis took over our country. Our public is increasingly made of poorer younger people, so we have been raising funds through internet campaigns – though we have lost our website. We are also facing a new danger from gentrification and property speculation in the neighbouring area (particularly towards our “micro-agroforest” that cannot be transposed) – old houses like “ours” are being torn down to make way for car dealerships and apartment buildings. Crisis is bad for the poor, but good for the rich. 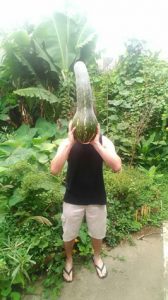 Despite this, today our group is more colorful, renewed by many young people from different origins and backgrounds. Our collective has been through many changes and hardships during recent years, but Ativismo ABC goes on believing in the struggle for change – fighting together is easier than fighting alone. We resist and move on. Long live the House of the Black Gecko! 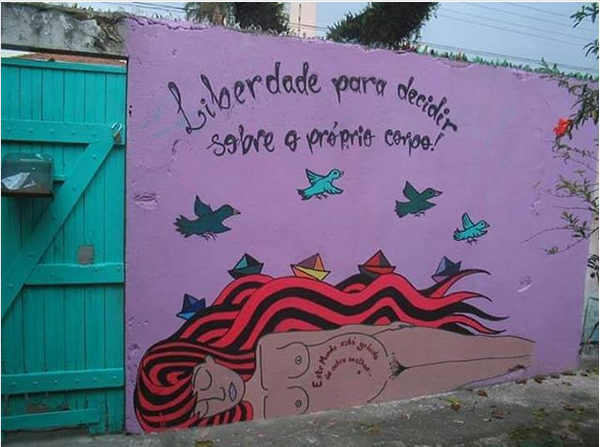