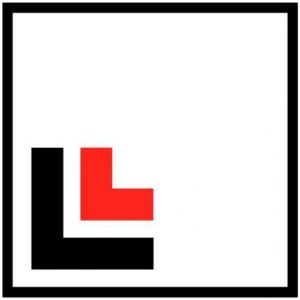 The first aim of the present study was to identify ‘lower left’ organisations – groups that are autonomous from the state, use horizontal organisation for planning and decision making, are not for profit and anti-capitalist – in order to answer the following question: What makes organisations in the lower left different to every other organisation? Using chain sampling, 66 organisations that met the definition of lower left were included in a thematic analysis. The results indicated five differences common to the lower left: 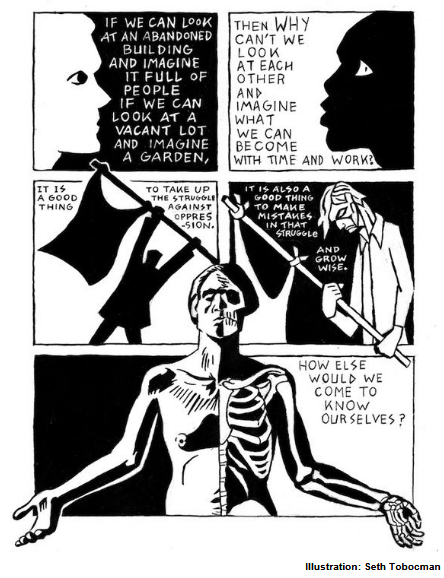 The second aim of the study was to identify the differences that exist between lower left organisations themselves. The conceptual framework used to achieve this aim borrowed from the theory of cultural dimensions which has been used to study cross-cultural differences since the mid-20th century – the most famous of the studies conducted by Dutch comparative psychologist Geert Hofstede (1980). Two of Hofstede’s dimensions that were applied to understand the differences in the lower left were:

(1) The uncertainty avoidance dimension: The degree to which someone feels uncomfortable with ambiguity. This dimension can help express the differences between how adaptable organisations want to be within the lower left (e.g., whether they create and enforce bylaws at assemblies, how new approaches or technologies are trialed and adopted, how open groups are to new members or to participation by non-members, and how open they are to conflict in assemblies and between individuals); and,

(2) The individual versus collective dimension: Preference for a more loosely-knit social framework (independent), versus a tightly-knit framework (interdependent) (e.g., how much a group or individual is comfortable depending on other people in their day-to-day affairs, and how often they wish to organise with other people: from weekly to annual meetings). 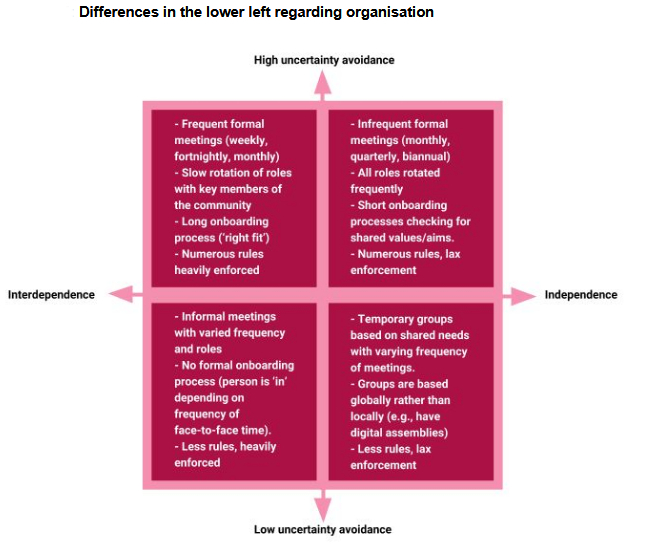 All feedback and suggestions would be much appreciated and will be incorporated into future versions. Please email Dr. Edurne Scott Loinaz: edurne@haha.academy