by the Solidarity Against Borders collective 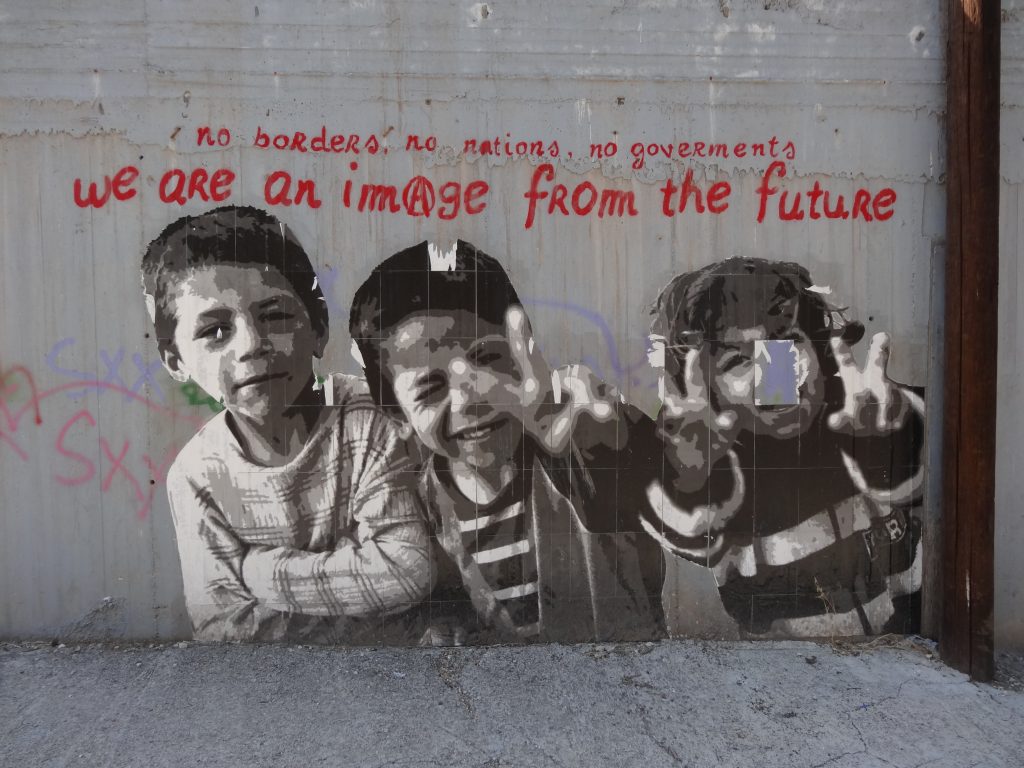 We are a collective of activists, organisers, and researchers who want to start a conversation around the relations between borders, solidarity, anarchist politics, and the concept of citizenship. We share common experiences of organising spaces and projects against borders and in solidarity with migrants, but as a group we all have access to the status of citizen in various European nations.

As participants in migrant solidarity projects in Amsterdam, Athens, Briançon, Bruxelles, Calais, Grenoble, La Drôme, London, Malta, Oulx, and Rome our experiences range across a variety places and struggles. Since 2015 we have seen the visibility of struggles in these places increase, as well as the initiation of many different projects in solidarity with migrants. Within the structures and spaces that challenge the border regime, there are also a variety of different kinds of civil society responses to migration, which are quick to mobilise in an emergency. However, within this alleged emergency, the politics of several projects have seemed to be reproducing racist hierarchies along the lines of citizenship, sometimes creating ‘white saviour’ attitudes and being spaces for assistance rather than for resistance. As many of us have been involved with migrant solidarity from before the so-called ‘refugee crisis’, we know that migrants’ struggles and solidarities have existed for much longer, appropriating spaces outside of, and organising projects opposed to, the hierarchies and jurisdiction of citizenship. These constitute one of the most powerful strategies of resistance to borders.

Part of the ethic of solidarity with and between migrants we have experienced involves avoiding the imposition of any single ideology within the structures and spaces in which we organise together. Our explicit understanding of migrant solidarity and the need to destroy the state, or position yourself against the state, is premised on free association. Even though we see anarchism as a lens to explain this challenge to the distinctions of citizenship, we also want to investigate whose politics are developed in these spaces and practices.

The state often seeks to criminalise and destroy these spaces and structures. The state intervenes in these structures by manipulating relations to weaken our movements and spaces. In these times the political aspects of migrant solidarity are often confused due to the urgency and the number of people in need. We experience our struggles as migrant solidarity practices that challenge and work against citizenship. We see this politics of solidarity, particularly within migrant squats, as opposing humanitarianism, yet we also understand how a politics of humanitarianism is often reproduced within these practices and spaces.

Indeed, our involvement with migrant solidarity projects and their relationship to the state is based on contradiction, as these projects are instrumentalised by the state. Yet even if they serve a purpose, the state is often trying to erase these spaces and projects to direct people into the regularisation of their status. Just as many people involved in migrant solidarity projects do not want to have to defend their projects from state repression, most people do not want to remain outside the normative framework of the citizen. As such, the state ends up with many people looking to become safe within it because this will almost certainly offer a better quality of life. There are questions of privilege here because to ‘step outside’ is not the same as the forced condition of being excluded. We refuse to accept the removal of politics from solidarity organising because this masks an allegiance to the demands of the state and fails to imagine a world beyond the violence of borders. In essence we want to examine how to create spaces where ‘no papers are needed’, struggle for a world with no papers at all, but at the same time organise for ‘papers for all’.

While the state is the most obvious form of hierarchical institution, there are many other forms of hierarchy that are introduced and exist within migrant solidarity spaces. Certain spaces reproduce hierarchies and dominations which mirror existing structures of oppression within the wider society. These are also questions of privilege in terms of race, gender, citizenship status, and ability. However, we see migrant solidarity and the struggle against borders as a common struggle – when we speak of solidarity we see it as fighting the same fight from different positionalities. These privileges can make it difficult to have a common struggle but together we can imagine and work towards a world without borders.

By coming together as a collective, we want to enable a discussion around migrant solidarity and ask what spaces and structures we need to challenge the boundaries of citizenship. We also want to investigate the technologies of repression of migrants and migrant solidarity and to understand how these seek to foreclose the autonomy that these types of spaces and projects nurture. We want to examine how the border regime extends into almost all aspects of civil and social life – even our solidarity efforts. We want to see if there can be a common politics, against the state and citizenship, within various spaces and organisations that challenge the EU’s border regime.

Acknowledging the difficulty in challenging state-imposed categories of citizenship, we seek to critically reflect on power inequalities and privilege, in order to build collective tools to subvert not only ‘the state’ and its forms of repression, but also its embodiment in our everyday interactions and social relations. By collectively reflecting on how people challenge the borders and citizenship regimes of Europe, we seek to uncover and articulate an anti-state critique of the concept of solidarity whilst examining aspects of heterogeneous ‘anti-citizenship’ praxis.

We want to initiate collective discussions to identify and understand an approach to migrant solidarity that challenges the boundaries of citizenship and processes of regularisation. Not to define these politics, or present a didactic perspective, but to reflect on these various aspects of migrant solidarity. Our goal is to develop shared reflections from migrants, supporters, and organisers currently active in resisting the EU border regime. We ask for contributions of experiences of how state repression of these movements has been occurring, and how hierarchies and state-centred logics come to be reproduced within our organising. We want to collect and collate these reflections, to better learn from one another’s experiences across different times and in different places. We want to co-produce knowledge to understand better how different contexts bring different perspectives and we want to engage in dialogues that ask questions as a way of writing. We are happy to receive texts in different languages.